Is it worth fixing?

On October 21, Colette Patterns released a preview of their newest pattern.  Well six weeks later, it's no longer their newest as they have released three patterns with their new magazine.  Within ten minutes of receiving the email, I had bought the pattern and printed it.  That night I went home, taped it together, cut it out, and started sewing.  I had picked up some plaid earlier in the week for my Halloween outfit, and in my mind this was the perfect pattern for it.  I should have looked closer, or read the instructions.  I'll be frank, if I'm printing a pattern, chances are I am not going to print the instructions.  This pattern looked super straight forward.  I'll let you take a look and see why you haven't seen this make until now. 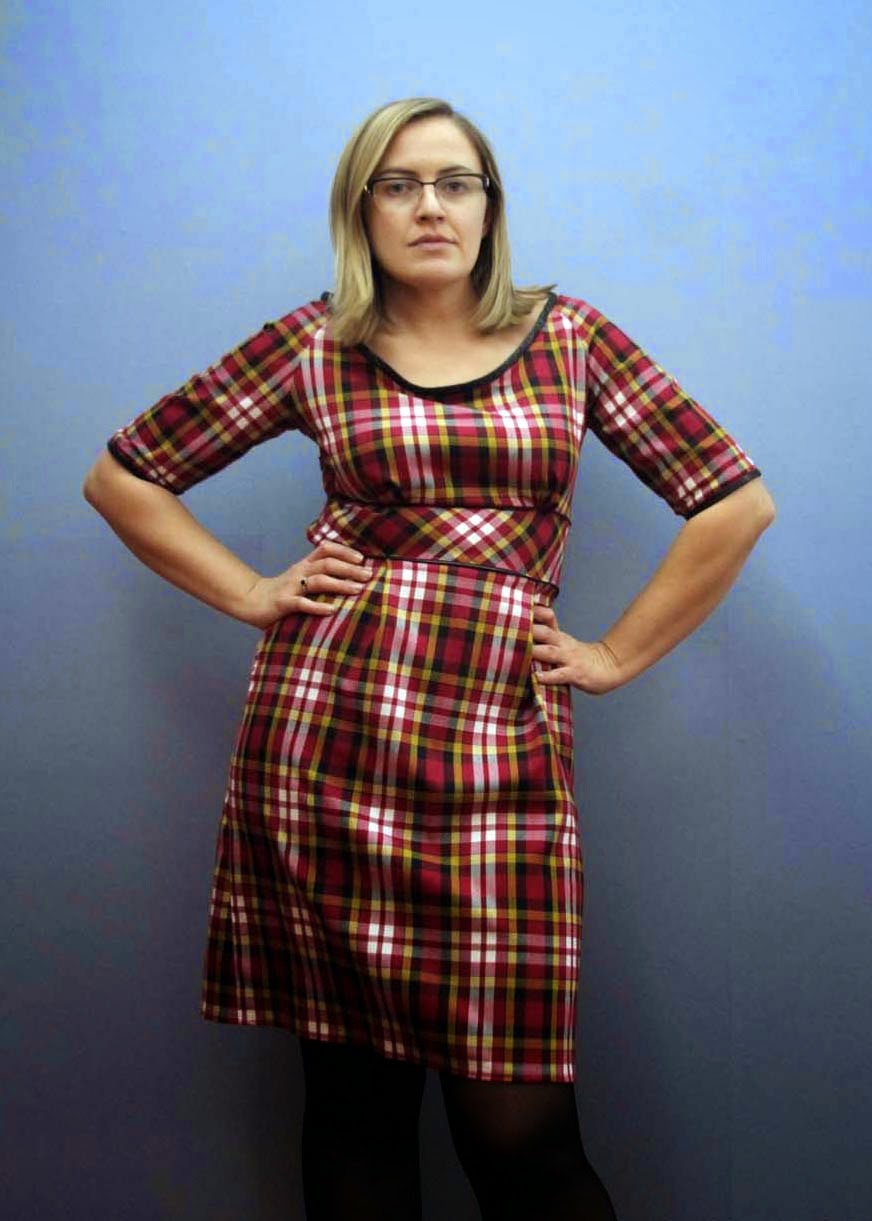 Yeah, look at that neckline- and that is with knowing that there was some ease built in to make gathers.  I took all of that out and then some.  It still gapes and is ridiculously wide. 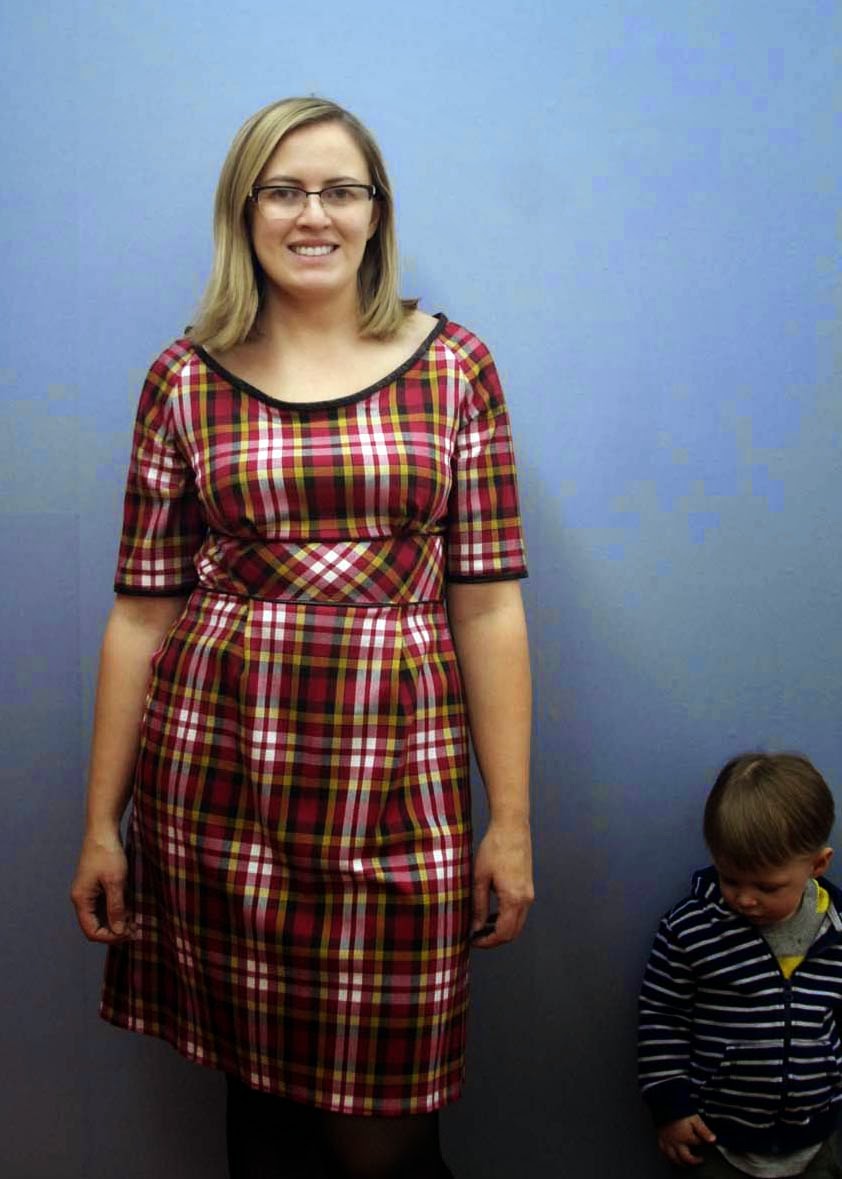 Part of it is my fault, as I used leather binding.  That might have caused it to stretch some, but I really took so much out of the neckline, and it's still not even remotely fitted.

It's even more noticeable from the side.  You can see the dart that I took in on the sleeve.  I signed up to get the book on matching the plaid, but didn't receive it until the next so I wigned it.  I did pretty well in the end, but this was also irksome.  I matched the plaid using the notches in the pattern.  I don't know if perhaps I notched wrong, but matching up the notches and the plaids meant that the tops and bottoms of the skirt did not match.  I made it work.  Luckily I cut the skirt the longest possible (using the largest length), so I did not end up with a mini-skirt. 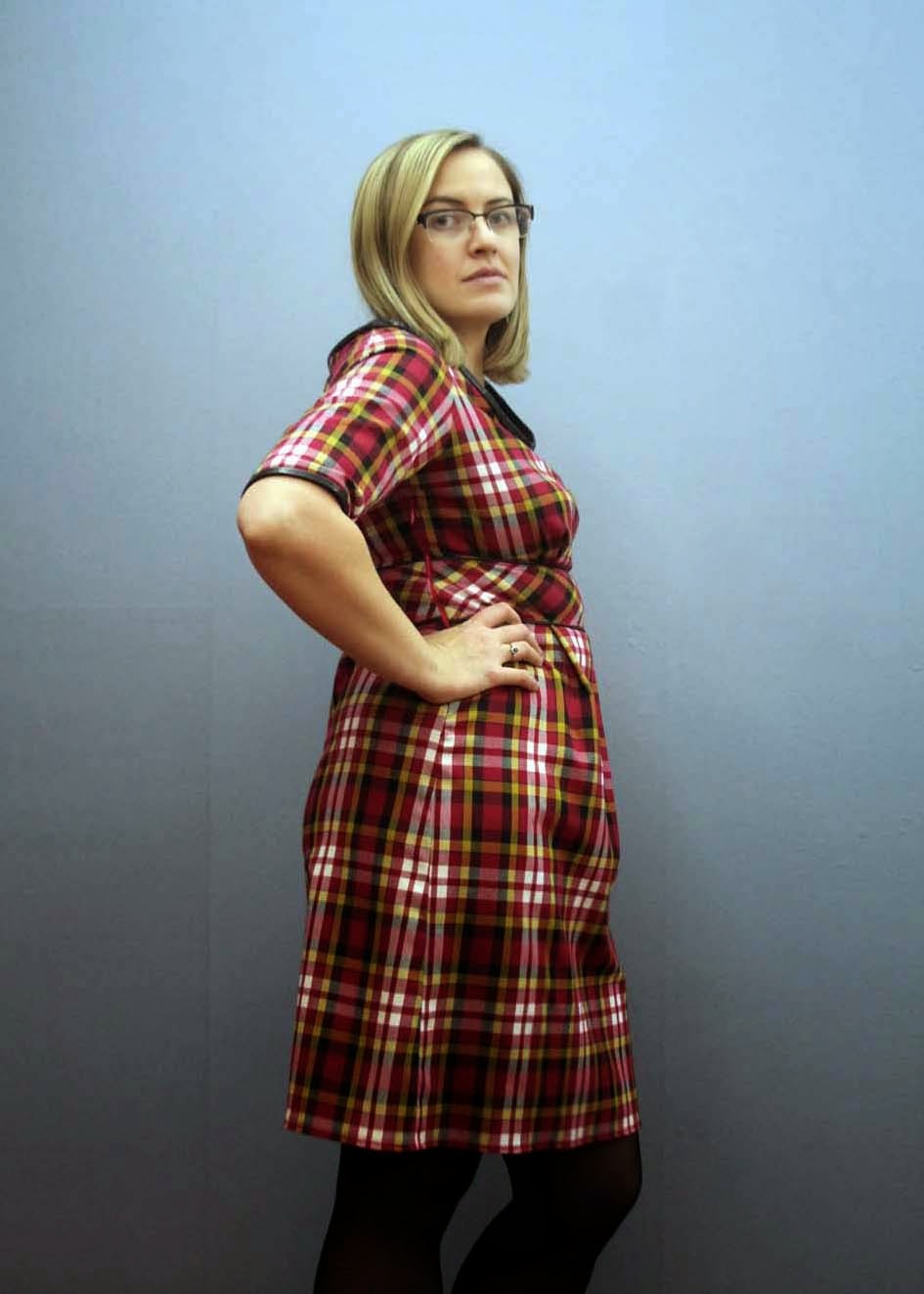 Here is the back view- I converted the gathers in both the front and back of the skirt into pleats.  If I were to un-pick and fix everything I don't like about this dress, I would convert the gathers into darts in the back.  It's just not that flattering. 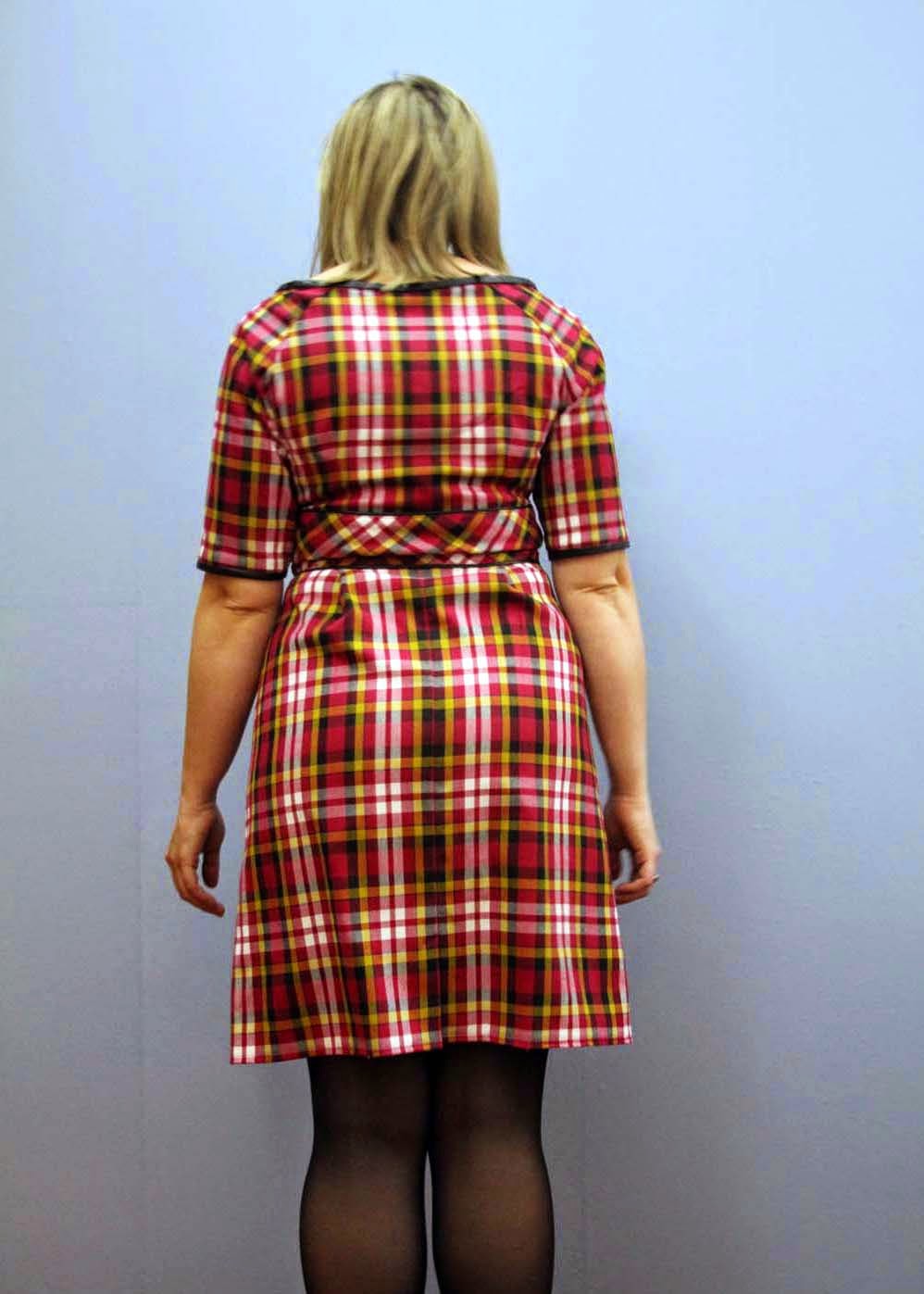 I wore this dress today to a cookie party.  It was fairly comfortable, but I kept my jacket on over it, to cover up the wonky neck.  My question to you dear readers- I bought 2 more meters of the fabric.  Should I attempt to fix it, or should I turn this into a skirt and make another dress out of the new fabric?  I'll leave you with some more pictures to decide. 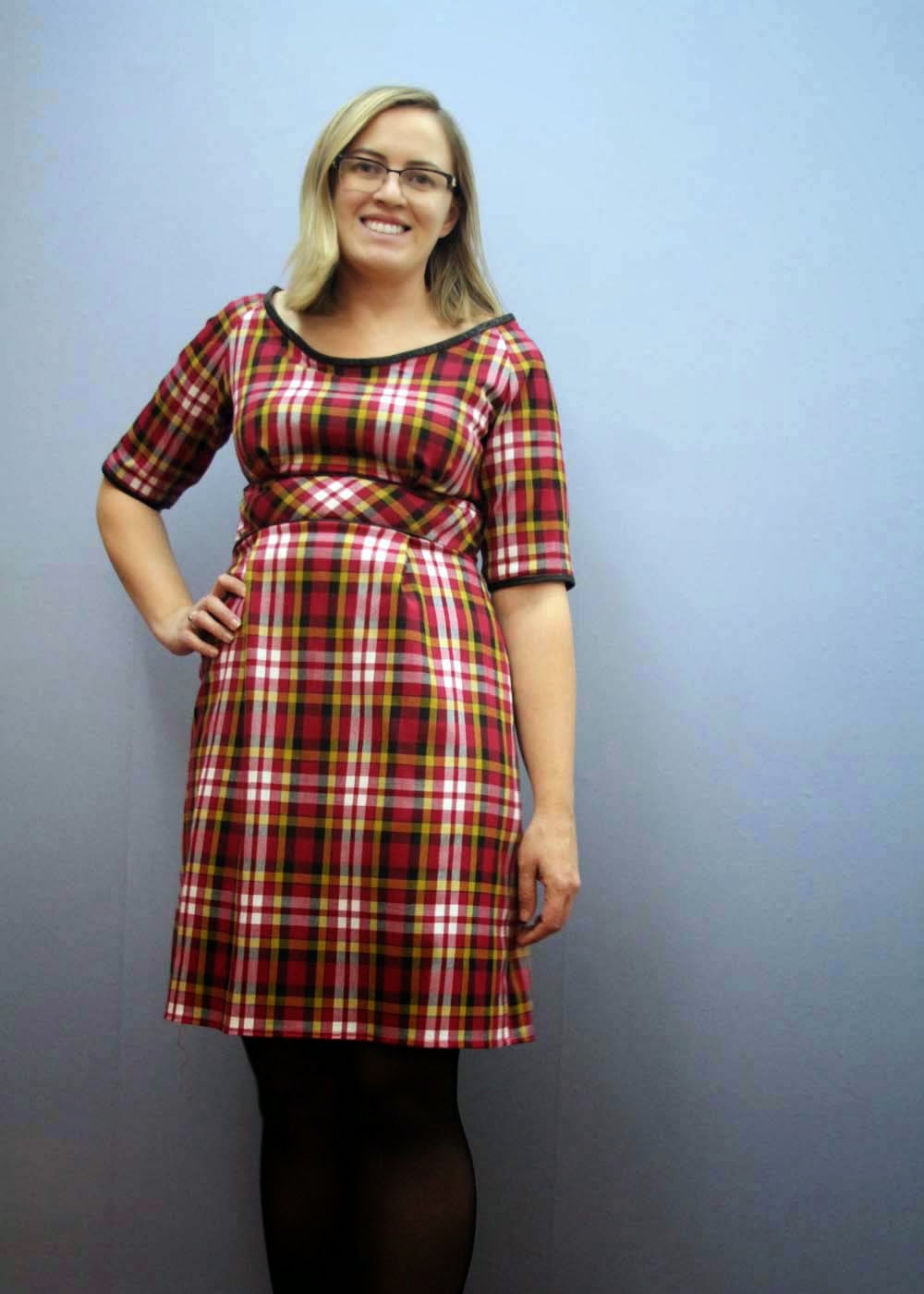 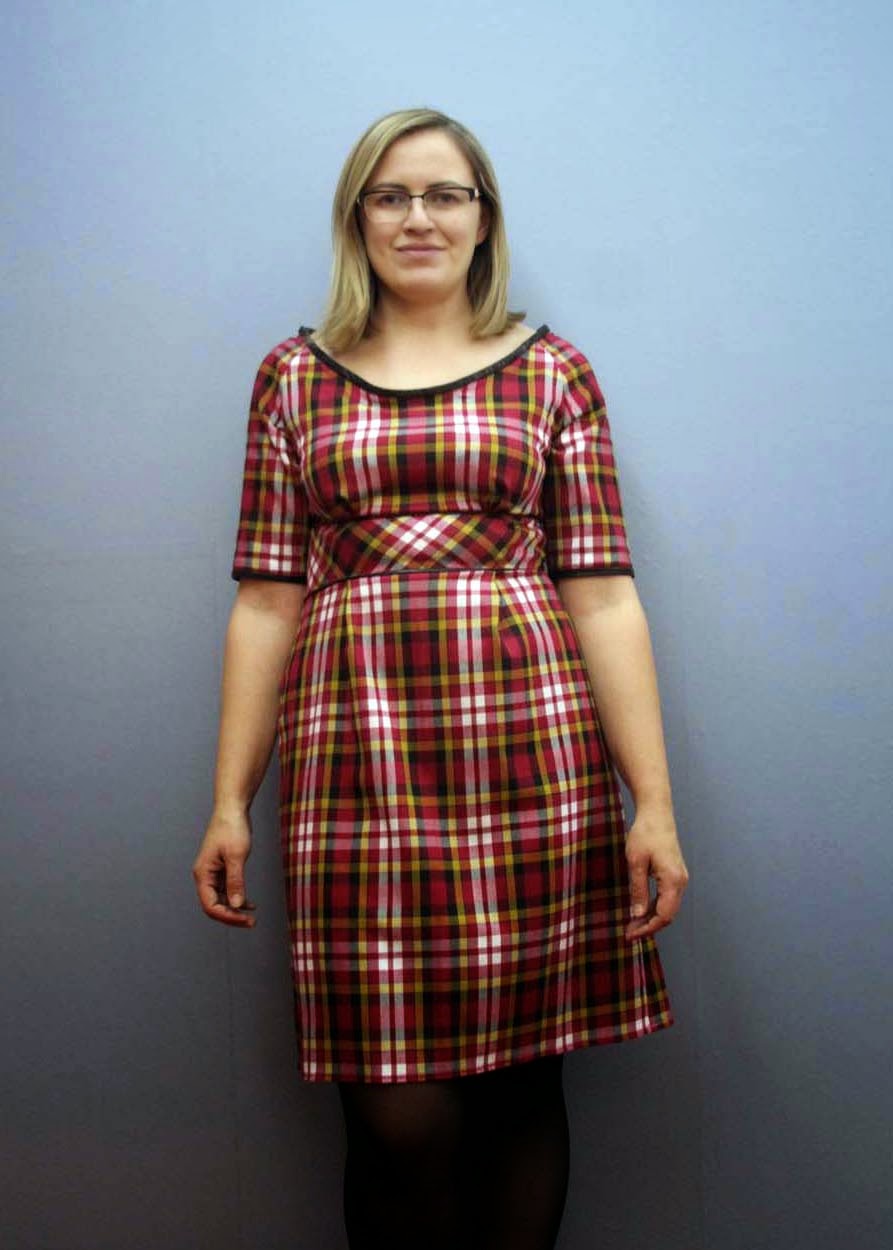 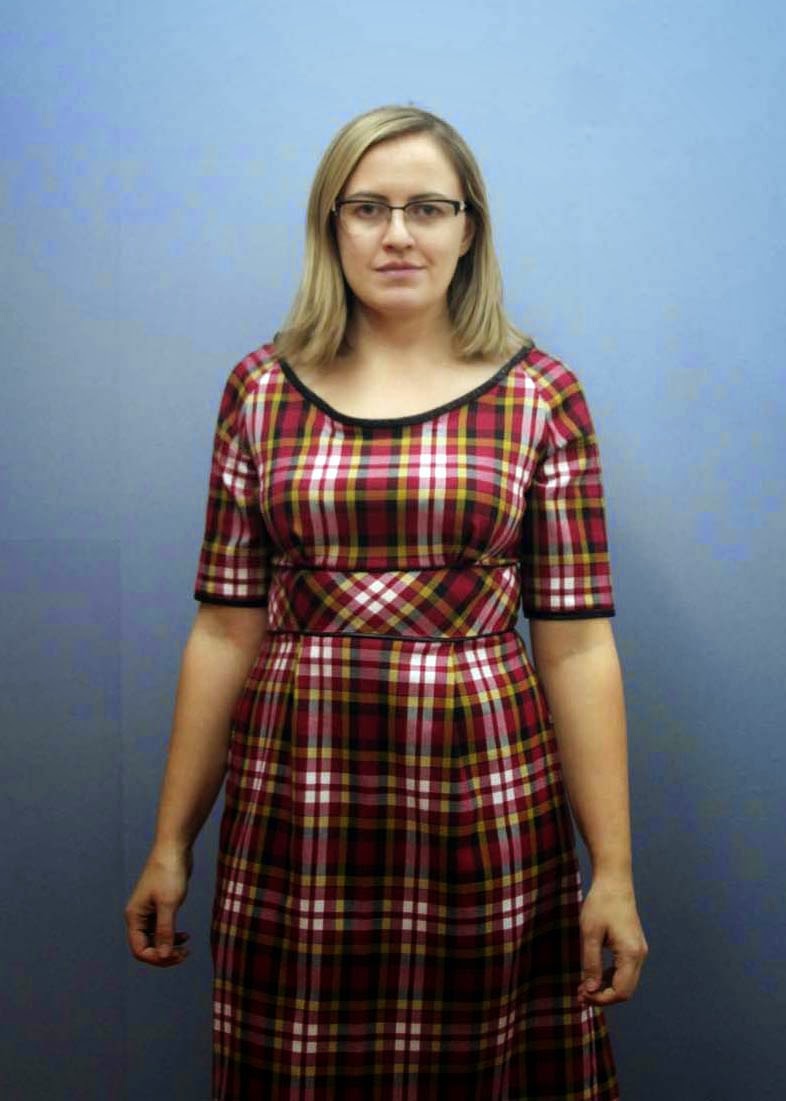 What do you think?  Does it deserve a do over?  A do over with a raglan sleeve pattern that I know works?  Anyway.  In other news, I had a very productive sewing weekend. I made a dress and a top this weekend.  I made a very very wearable muslin of the Francoise pattern by Tilly and the Buttons and another New Look 6013 modified into a top.  Interestingly enough, both of them have raglan sleeves, but both sleeves are made in two parts, allowing for a heck of a lot more shaping than the Dahlia.  Maybe a sleeve switcheroo is needed to make the Dahlia work?  Opinions?  Leave them in the comments!  I'll leave you with a sneak peak of the Francoise.  Until next time happy sewing. 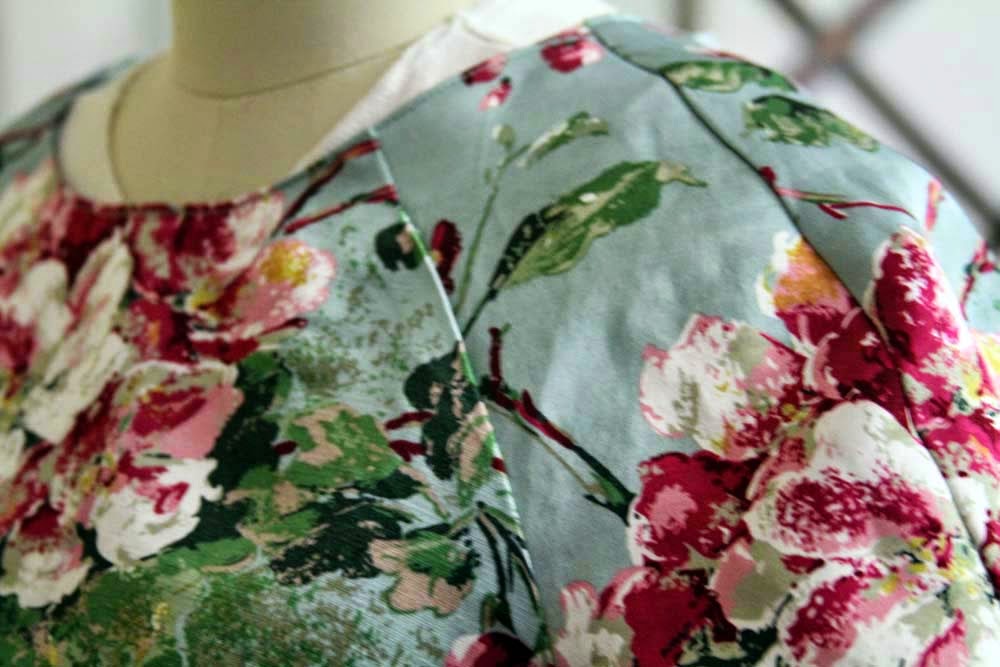